Home > Are International Students Back? A Look at the Numbers

Are International Students Back? A Look at the Numbers

During the COVID-19 pandemic, international student numbers dropped dramatically. With borders reopening, Savvy takes a deep dive into the numbers to see if there’s a rebound. As borders closed in Australia due to the COVID-19 pandemic, so did the usual flow of international students. International education contributes $40 billion to the wider economy – which was twice as much as in 2015. It also affected jobs in the sector with a loss of over 35,000 academic and professional staff.

So, what happened to the sector during the pandemic, and are international students back? Has the sector recovered or is there a long way to go? Savvy investigates the numbers.

Wipeout: the decimation of international students during the pandemic

In February-March 2020, the Australian Commonwealth Government halted all incoming flights from China and eventually the rest of the world to combat the spread of the coronavirus disease (COVID-19).

In February 2019, around the time when university and TAFE courses are about to commence, 191,500 international students arrived on Australian campuses. Are international students coming back to Australia?

Yes – but still not up to the record levels we’ve seen.

According to the ABC, “the university sector has warned the export income from overseas students has halved to $22 billion in two years, and it will be a long time before numbers return to pre-pandemic levels.”

Where are international students coming from?

However, the subsequent three have changed somewhat with Vietnam now in fourth place with 17,069, Indonesia with 12,632, and Malaysia with 12,416.

Some countries have dropped off the scale entirely, such as the United States of America. In 2019 we had 11,972 in Australia, where as in 2022 we’ve only seen 2,676 US students, according to the DESE.

Note: A student can be counted across multiple years if their period of study spans two or more years. 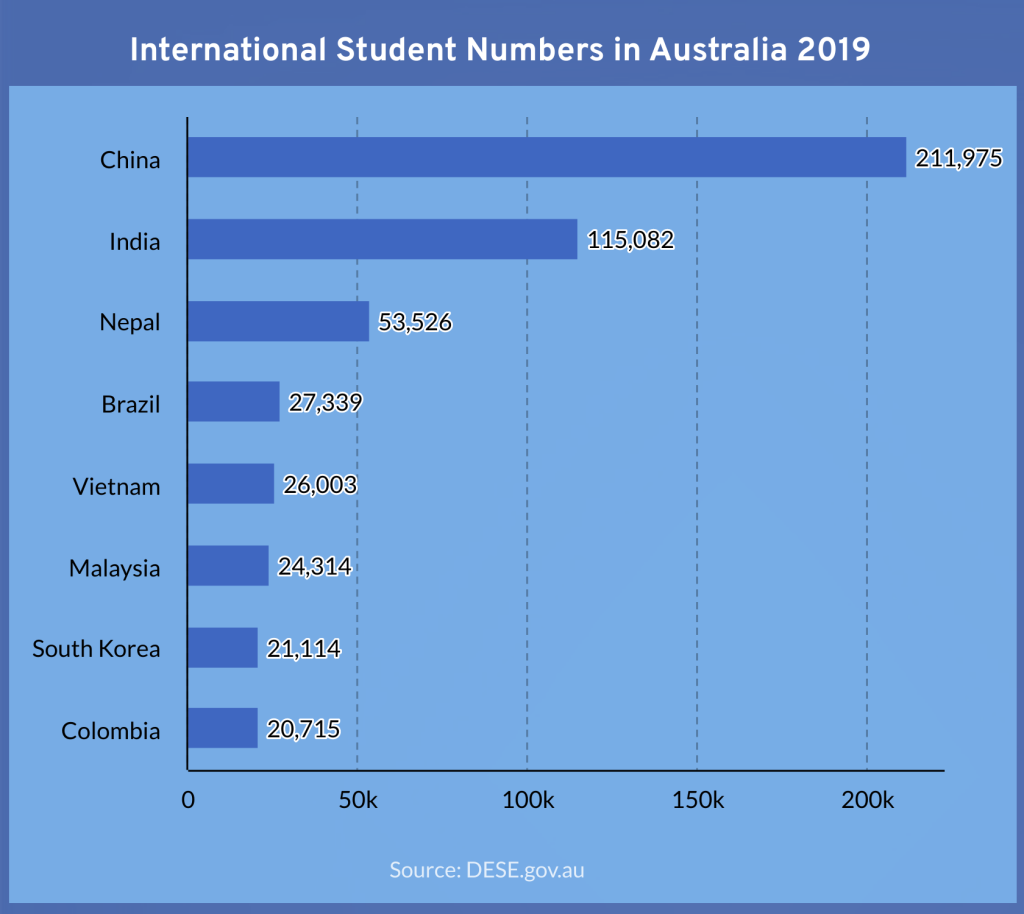 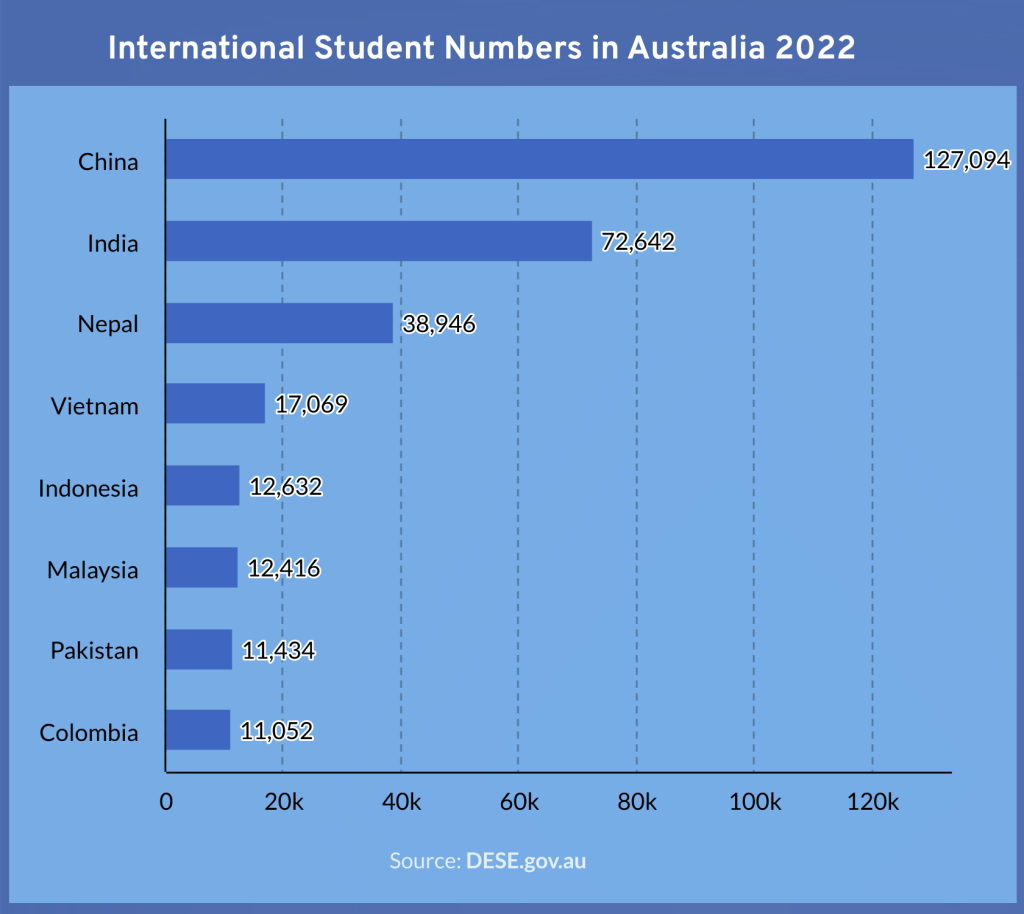 How long will it take for international students to come back fully?

At this point, it’s hard to say when international students will come back to previous record levels – if they will at all.

As Australia dragged its feet on opening up borders, international students opted for other countries to study, such as the United Kingdom, the United States, and Canada.

The surge in November was spurred on by the Australian Government’s decision to have their visa application fees refunded if they arrived between 19 January 2022 and 20 March 2022.

Speaking to the ABC, Universities Australia chief executive Catriona Jackson called the numbers “promising” – “Before COVID, there were about 400,000 international students, since COVID it’s been about 300,000. So, we’ve got some numbers to make up.”

More support is required to attract international students back in Australia, such as increasing the 20 hour per week limit on work, further visa fee waivers, and rebuilding the reputation of Australia after stories of students paying full fees despite being locked out of the country for over two years.

“The national employment rate is four percent, which is fantastic, but it also exposes our reliance on international students and temporary workers – if you’ve seen signs for ‘staff wanted’ at local cafes, bars, or restaurants, those brief shortfalls are usually filled by students and seasonal workers."

“The way we have treated some international students who have already paid their way is appalling, and a PR blitz needs to happen to repair our reputation as a premier destination for education once again,”