Giving back to your society feels good, there’s no denying that.
Savvy proudly supports these charities, sports and projects.

The club is one of the largest junior based clubs in South Australia with 418 junior players (boys and girls), along with 122 senior players (men and women), who compete in the Football SA, NPL, WNPL, JPL, JSL and Collegiate competitions. The Adelaide Comets FC has a total of 42 teams with participation of 545 players with approximately 938 games played per year.

We welcome all of our Savvy clients to be a part of this great cause and provide ongoing and practical hands on support for children living with cancer, and their families.

Recognised as the peak body of surfing in South Australia, Surfing SA was established in 1963 and is a not-for-profit organisation driven by a highly passionate and innovative team. Surfing SA’s goal is to create pathways for South Australians from a grassroots level to elite competition and to encourage more South Australians to participate in surfing and experience the associated positive relationships and lifestyle benefits. We are not only about elite surfing and give back to our community by providing surfing programs for the disabled and are actively involved in the protection of the environment, our playground.

Savvy is a proud supporting partner of Kids Under Cover, a not-for-profit organisation dedicated to preventing youth homelessness. Savvy support and promote their national fundraising program Donate Your Car®. The program is designed to allow people to donate their unwanted vehicles to charity. How it works, if you donate your car to Kids Under Cover, they will organise for the car to be collected FOR FREE from where it is located. Then the car is auctioned off and 100% of the sale proceeds go towards Kids Under Cover’s studio and scholarship programs, to support disadvantage young people who have either experienced homelessness, or at-risk of homelessness. Once the car is sold, you’ll receive a tax deductable receipt for your donation. Any make, any model, any year – we’ll take your car and you’ll be making a real difference to Kids Under Cover’s work in preventing youth homelessness. 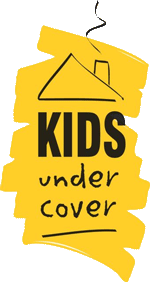 The Orangutan Project (TOP) is the world’s foremost not-for-profit organisation, supporting orangutan conservation, rainforest protection, local community partnerships and the rehabilitation and reintroduction of displaced orangutans back to the wild, in order to save the two orangutan species from extinction.

The organisation provides technical and financial assistance directly to conservation projects and orangutan rescue and rehabilitation centres. This includes much needed resources for the day-to-day care needs, the reintroduction of orphaned orangutans and the locating and securing of release sites. Presently there are over 2,000 orphaned orangutans living in care centres in Borneo and Sumatra.